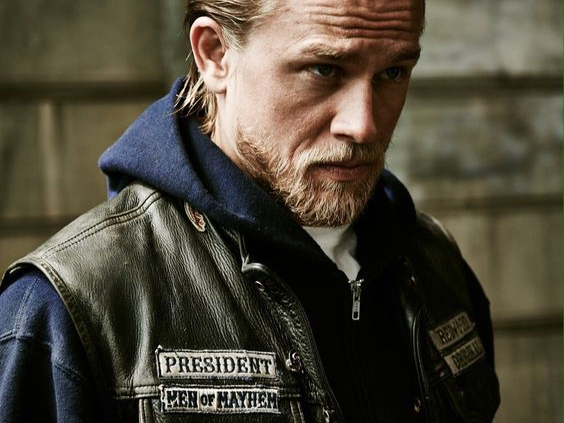 The pseudo funk I wrote about last still kinda lingers. I know what’s causing it, some of which is completely out of my control, which is the worst. I am getting myself in order, but it’s not always easy. Outside of Jake Gyllenhaal showing up at my door or someone handing me a check for a million dollars, there’s zero anyone can do to make this go away. But when I get like this, ultimate comfort can typically be found in books or TV.

The summer of 2009 was one of these times. My divorce was final that April, at which time I was in my first somewhat relationship post-marriage (note, I hate even using the word marriage, because it was anything but that). Unfortunately, that relationship also went down in medium-sized dumpster fire shortly thereafter. This person is still within my friend circles and I have no ill-will towards him whatsoever, he’s a really good dude and married now, to a woman completely different than me, which is evidence we were genuinely not a match. Which helps now. But back then, because of the place I was in at that point in life, I did not handle it well. Not that I handle any break-up well.

I lived in CA at the time, in an apartment I absolutely adored in Studio City – and probably couldn’t afford now. I was walking distance to this fast casual Chinese food joint that would destroy Pei Wei (and I love me some Pei Wei) any day of the week, City Wok. I lived on orange chicken and fried rice during this time. And as I’ve written about in a previous blog, I also decided to watch the first Twilight movie to see what all the craze was about. And honestly, how obsessed I became with the books and the entire fandom after that was what helped me through that summer without punching anyone in the face.

This time around it’s been a re-watch of Sons of Anarchy. Which, if you follow me on Twitter, you know ALL about at this point. I’m on the next to last episode as I type this. I won’t tell you how fast I’ve gone through all seven seasons, it’s almost embarrassing. In my defense, Dallas has consistently felt like the deepest realms of hell recently, so it’s undesirable to leave one’s house right now.

Of all the wonderful shows we’ve experience in the past 10 years, SOA is without a doubt my favorite. When everyone was eyeballs deep infatuated with Breaking Bad, I was living for SAMCRO every week. Don’t get me wrong, I liked BB a lot, but there was and still is something about Sons. I just fucking love it. I told a co-worker this the other day, to which his response was “I can’t explain why, but that makes sense”. I will take that as a compliment. I think.

This is the first time I’ve re-watched the series in its entirety, so I wasn’t sure if I would still have the same feels. Be not afraid, I totally did/do. I think I love it even more. And I am counting down the days until Mayans MC starts in September. It won’t be the same, but it will hopefully fill a gaping void in my TV life. But having said that, some things about Sons remain the same.

One, Opie’s death and Juice’s downfall are the hardest story lines with which to cope. They both make me so incredibly sad. Two, as much as I love Chibs and Tig, Happy is my favorite member of the MC. He’s a hardcore soldier and my crazy recognizes and appreciates his crazy. Three, I am Team Gemma for LIFE. Because although Tara was fine for five seasons, I loathed her in six. Don’t bother to argue with me; I will proudly die on this hill. And seven, Venus will forever be my favorite non-MC-related character. Walt Goggins deserved all the gold for that performance. (And yes, I’ve seen Justified, he’s also stupid good in it).

But last and never least, Jax Teller. I’ve had a handful of beloved TV boyfriends in my life, including some Really Good Guys like Noel Crane, Ben Wyatt, Jim Halpert, Harry Goldenblatt, Tim Riggins and Jon Snow. But Jax is clearly in a whole other league here, kids. There will never, and could never, be another one like him. He may be a murderer and an outlaw, but he’s also an extremely complex human being caught between wanting to do the right thing and fulfilling an inevitable destiny. Kurt Sutter wrote the hell out of this character. On a much lighter note, Jax was even my first Funko Pop! My friend Fred, who actually got me into the show in the first place, sent him to me. He stays on my desk at work and I love him.

I truly believe TV is absolutely a form of self-care, which has even been discussed on Forever35. It might not be the most physically healthy activity to do for oneself, but spending a few hours on the couch with a solid binge is a at least healthier than downing the magnum of rosé you might actually want to drink. And if you’re single AF, a really hot guy to indulge in for seven season doesn’t hurt, either.

Since it took me three days to realize it’s officially April, here’s wishing my BFF the HAPPIEST 15TH BIRTHDAY in the world! Kaiser has been with me through so many ups, downs, bad relationships, celebrations, back and forth halfway across this country three times, and so much more! He may be totally white in the face, (selectively)deaf, and have zero teeth but he just chased a ball all over this house like he did at eight weeks. I love you so much, boo boo.
I wish for all of you that Instagram was scratch-n-sniff. Orange blossom is THE BEST. Smells like California. 🧡
My Trader Joe’s was stocked up. Being in a store felt like a luxury, albeit super brief. Fresh flowers are a MUST when you’re stuck at home!
I don’t think I’ve has this much fun and so many presents at a birthday party since I was a kid! I wish I had pics with everyone; THANK YOU all for such an amazing night. I DO have a photo (albeit terrible lighting) with two of Dallas’s most fabulous ladies who happened to be in the same place at the same time: Alex Snodgrass (The Defined Dish) & Courtney Kerr! I was in Instafamous heaven!
First workout of my new decade. #thisis40
I met Sandra through training at @vitacors. Next to my job, working out there has been the best new experience of living here again. She invited me hiking today - so I had the chance to explore yet another LA area trail. Cheers to new fitness friends and more gorgeous views!
First adventure in my new home. Much like any gorgeous scenery, pictures don’t do this place justice.
10+ miles. Six hours. 30,000 steps. 2,600-foot climb. But also deer, a tiny amount of snow, ruins of a casino and resort only accessible by railroad 100 years ago, and the most beautiful views of LA I’ve ever seen. This was beyond the longest and hardest hike I’ve ever done and I’ll be sore for days. But it was totally worth it. Thanks for not letting me quit the 20 times I wanted to, friends.
1,500 miles in a cramped car and not having my furniture yet - totally worth it. #angeleno🌴
Super loaded down and El Paso > Phoenix > LA bound!